Now this is one of the more unusual Sky Pirate sets, without a weird steampunk/dieselpunk flying machine for the baddies dominating the scene. Here, the good guys have definitely the advantage. With a glorious, flashy (pun of course intended) lightning dragon!

And its really an impressive beast. Quite sizeable and, just like its smaller cousin, Cole’s Dragon, very poseable (if this isn’t a word yet, then it definitely should be). Unlike Smaug back in 2013, or the dragons from the Elves-sets, the Ninjago dragons are completely brick-built. Well, looking at the pictures, this should be obvious by now.^^ This certainly has the advantage of more freedom in the design process and quite an variety of different dragons in all sorts of sizes as well. It is also probably much more cost-efficient than having to make new molds for every set. Just saying.

On the side of the Sky Pirates we have Cyren flying a tiny, well – flyer, which is actually not much more than a minigun with wings. Really cute though. Just its propulsion, which looks about as powerful as a hair dryer, doesn’t quite convinces me. That definitely needs a flame-spitting rocket-engine! Luckily for her, she also gets some assistance from Monkey Wrench, to even the odds out a little. Well, as much as a monkey can do against a dragon…

The set is quite straightforward to build. The dragon elegantly combining ball-joints and technic-elements for durability and poseability with shape-giving elements like slopes and blades for a durable and appealing looking creature. It also has the usual sticker sheet, but they are luckily large enough to be applied rather easily.

The accessories are quite numerous and include, additionally to the typical djinn-blade, two pistols and a set of katanas with scabbard, a syringe and blowtube for Jay, while the pirates get a pair of conventional pirate-style sabres with a cross-scabbard additionally to their usual serrated sabre. There is also a stud-shooter converted into a grappling hook-gun for Monkey Wrench. Sadly the hook-piece fits in too loosely and easily falls off. Of course, such a thing can be fixed quite easily (clear nailpolish FTW!), but a Lego-set is not supposed to require that. 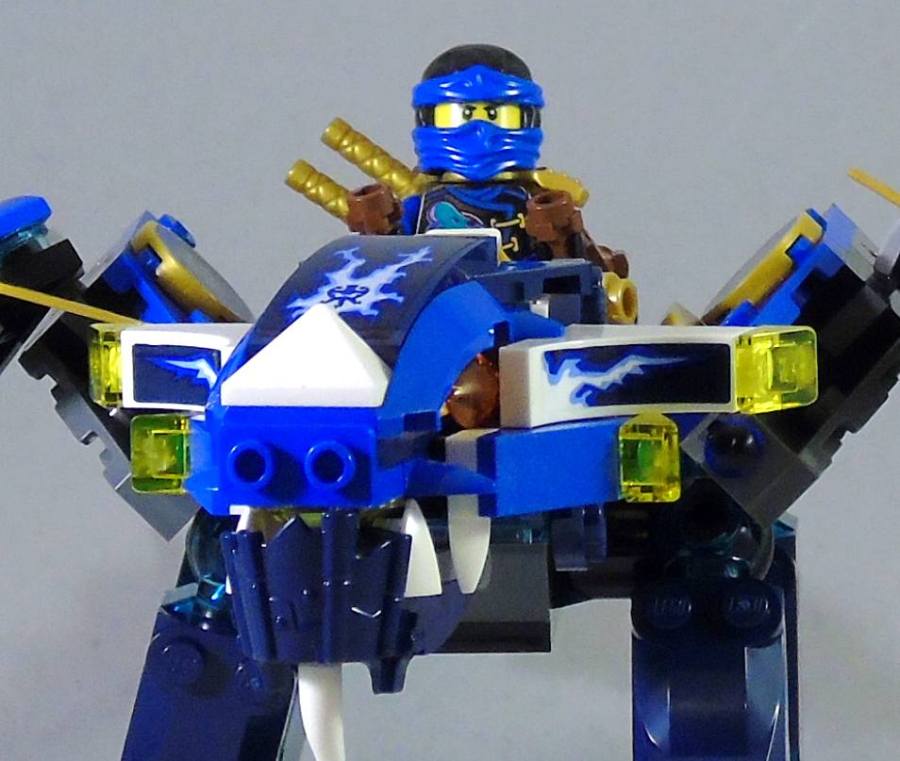 Well made and sizeable dragon

#You can also find me here: